This Writing Thing Is Hard

Published by JenPonceAuthor on March 17, 2015

You know what I mean, you word warriors, who slog away at your computer or your notebook, laying down words, rearran 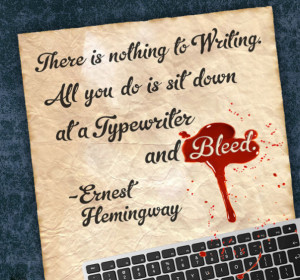 ging sentences, playing with imagery. You pour your heart and soul into a story, into a book, into a twelve books series and whether you are on word fifty or word two million, five hundred thousand and fifty, you have moments of doubt.

You swing, wildly, from, “I LOVE WHAT I WRITE!!!” to “I hate this shit. Who let me think I could write,” sometimes in the same day. Hell, sometimes in the same hour. If you’ve published, it gets worse. You check your numbers once a day, twice a day, fifteen times a day. You celebrate when you get a five star review and you go into a strange depression when someone gives you a three star. You wonder what the reviewer means when they say, “This story could be better,” or “I liked the characters but the stuff about the donkey was weird,” and you think, “But that was the best part,” and then you go into a corner and you cry and you vow never to write again.

Until a story starts nagging at you, of course. Then you think you need to write it down, just to get it out of your head, and the words start flowing and suddenly you’re in love with writing.

There are going to be days when you are so low you want to give up. Please don’t. There’s someone out there you will change with your words. Writing is hard, that’s so true, but you know what? You’re tough. You’re strong. You’ve made it this far, haven’t you? You’ve written those words, something a ton of wannabe writers have never done. You’ve progressed, you’ve triumphed, you’ve failed. Those are all marks of someone working toward their goal. If you haven’t failed, you haven’t tried, right? The wannabe writers will never fail because they’ve 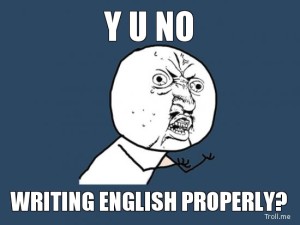 never worked up the nerve to write down a word. When they finally type that first sentence, then they, too, are progressing and they too will fall on their faces a few thousand times, but that’s not a bad thing. It’s only bad if you decide to give up after you fail. It’s only bad if you fail and give up and then blame everybody else for your failure, like failure is a bad thing.

Be honest with yourself. Writing is hard work. Publishing is hard work, if you’re doing it on your own. It’s hard sending queries to agents and editors. It’s hard getting rejections, getting bad reviews, getting feedback that your WIP sucks and needs redone. It’s hard seeing other people succeed, hard seeing them run off to happy Making Money Land while you’re still back in No One Wants My Book Ville.

What you should remember is that you’re human and so is that other writer who hit it big. That reviewer who said you should go back to school to relearn grammar is human too. (A jerk, but human.) There’s no telling what they are going through in the spaces they don’t show to the public. Social media is fun because you can connect with so many fantastic people. It’s also a liar and distorter of truth, just like a politician. Don’t believe every happy shiny update is the whole story. Conversely, don’t believe every Debbie Downer update is the whole story either. Social media tends to distill people down into one or two specific traits. When was the last time you read a post by someone and thought, “What a dumbass,” and every time you saw that person post, you still thought of them as a dumbass even when they had something smart to say?

The internet has been great in some ways for authors. We can hide away in our writing caves and still reach out to people in the next town or country. We can connect with potential readers and interact with them in ways that are more fluid than snail mail. But w 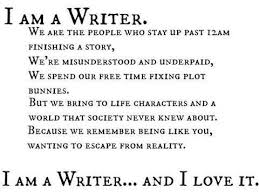 e also get bad news faster, we get trolls, we get this feeling that everyone else is doing great and we suck.

Don’t forget to put everything you read into perspective. Don’t forget that you’re seeing only a small part of people on your Facebook wall. Don’t forget about the secrets of the iceberg the way that captain of the Titanic did.

Writing is hard but you’re someone who is infinitely capable of the task. Please believe it and take it easier on yourself.