Lorna George stops by to talk about her new book, the Redwood Rebel!

Published by JenPonceAuthor on October 8, 2015 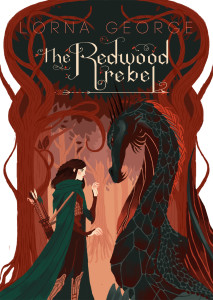 oday to welcome Lorna George and squee over her beautiful new book, The Redwood Rebel. While Lorna is here, you’ll get to read an excerpt from her book, check out her bio, and click on the linky-links to her website and social media sites. Yay!

Without further ado, here’s a look inside …

Naomi didn’t have time to blink as her body was hurtled backwards by a surge of magic, and thrown into the far wall. There was a sickening crunch, but the pain was far less than she had expected. The pain was welcome, in fact. Her body had been all but dead for so long and that she could feel the impact, feel her bones creak and her flesh bruise, reminded her that she was alive. She held onto that.

Naomi slid down the wall into a heap on the floor, but was soon lifted again, as limp as a doll. She didn’t even try to fight against the magic this time, and soon she was before Adrienne and Cygnus once more. Her face burned strangely, and she knew she was swelling and bruising, the blood pooling under the skin and warping her features. She hoped that the sight was sickening and didn’t take her eyes away from Adrienne as she raised a brow.

‘You never were very good at making friends, Adrienne,’ she whispered.

The fear that had still been present in the older woman’s face was instantly gone, replaced by a cold malice that Naomi knew reflected in her own features. Part of Naomi longed for the death that was being threatened, a release from this hell so that she might find some semblance of peace in the afterlife. It was this sadistic part of herself that smirked as Adrienne struck her across the face.

Naomi looked through her raw eyes at the woman she had grown up with and shook her head. ‘No, Adrienne, I’m better than you. I always was.’

‘Look at yourself!’ Adrienne shrieked, losing all composure. ‘I am Queen! You?! You are nothing! Nothing!’

The words echoed around the Great Hall. Adrienne was breathing heavily, her beautiful face purple and twisted. Naomi knew she would only need one little push to take her over the edge. She drew breath to reply when yet more magic restrained her and held her voice silent. Her eyes instantly flew to Cygnus, standing off to one side.

‘You’ve said quite enough for now, my dear,’ he said, then turned to the still-furious Adrienne. ‘She is goading you, Highness. I see in her heart that she grows weary of life’s toils, and hopes to make you enraged enough to give her the peace she seeks.’

Adrienne seemed to digest this information for a moment, before looking triumphant. ‘Oh, you’d like that, wouldn’t you? You’d like for me to put you out of your misery. Such a shame. Now I’ll be sure that you live. I’ll make sure that you have many long years ahead of you and I’ll put you back in that pit for the rest of your miserable life.’

‘Or.’ Cygnus again interrupted her manic musings, looking faintly irritated. ‘Or we could all get what we want. We could all benefit, with just a little co-operation.’

Naomi still had the magical gag holding her voice fast and could not answer or move. It was as though Cygnus had forgotten he had done it, or didn’t care for her answer. He seemed completely focused on getting Adrienne to agree with him on this matter, whatever this matter was, and Adrienne in turn looked like she was truly considering it. Naomi simply hung there, bound in every way and unable to move except to breathe. She, like Cygnus, could only wait as Adrienne decided how to proceed.

‘Very well,’ Adrienne said, nodding at last, turning from them both and walking towards the throne. She sat, and the simple act caused yet more rage to flood into Naomi. ‘We will try this thing your way, My Lord.’

‘You have made a very wise decision, Highness,’ he assured her, his voice all syrup. ‘I can handle the details if you wish to retire now?’

‘Thank you, no. I shall await her answer.’

Naomi noticed that Cygnus seemed less pleased by this second decision as he turned his back to the woman seated on the throne and looked at her instead. He smiled suddenly, and she cringed inwardly. This man was far too slippery for his own good. She didn’t trust him at all.

‘Now, then.’ He wagged his finger at her as though she were a naughty child. ‘If I take the binding from your mouth, will you behave yourself?’

It took no consideration from Naomi to reply with a shake of her head.

He laughed, then released her anyway. All of the magic holding her was gone and she found herself dropped down to sit onto a small, wooden chair that had materialised from nothing. She couldn’t help looking over at Adrienne seated nonchalantly in the throne that did not belong to her and do a quick sweep of the room for potential weapons. There were none, but she could easily break her neck if she could only get to her.

‘You’re wasting your time, poppet,’ Cygnus informed her, pulling her attention back to him. ‘We both know you could never make the distance without my magic stopping you. You were always very fast on your feet, but even in your heyday you couldn’t outrun magic at that distance.’

Naomi silently acknowledged it as the truth, but her mind kept turning anyway. ‘I’m not going to help you.’

‘Now, you don’t even know what it is we’re asking you to do.’ He, too, sat on a wooden chair that appeared out of thin air and leaned back comfortably. ‘Why not hear the proposition before you reject it?’

‘I would sooner die than help you.’

‘Well, it’s a shame for you that you won’t. Either way, you’ll continue to live, but whether or not you decide to strike this bargain will define the manner and state that you live in.’ He waited for some kind of further dissent from her, and when none came, he shrugged nonchalantly. ‘The Pirate Wars have ended. Were you aware?’

‘Two years ago. Koren was victorious in the end,’ Cygnus informed her, jolting her from her dark reverie. ‘The Dragon King was most kind in the treaty that followed, but I understand that the Tsumetese took quite a beating before it was all over.’

This news was yet another blow, and Naomi tried not to dwell on the possible fates of those last relatives she believed she had left in the whole of Ilios. She had sent her small cousin to Asuya, the capital, in the hopes that there would be refuge there. Now she wondered if any of them had survived.

‘The corsairs rarely raid the coasts any more,’ he continued lightly. ‘It seems that with the security of land and their new leader, they’re happy enough to steal from merchant ships, and almost always leave the crews alive. Of course, for us, this came too little too late. Trade has dwindled and the livestock is poor and underfed. This, of course, leads to poor and underfed peasants.’

‘You don’t think the men you led from fief to fief, burning and killing anyone who dared oppose her, had anything to do with that?’ She shot a look of pure venom at Adrienne, but the woman seemed too intent in admiring the jewels littering her wrists and fingers to notice. ‘Even though you sit there telling me how poor Ffion is now, how the people starve and the land dies, you both still dress in all your ill-gotten finery. And you wonder why someone wants to kill you?’

‘No one wants to kill me.’ Adrienne said smugly.

‘Are you quite sure?’ Naomi shot back. 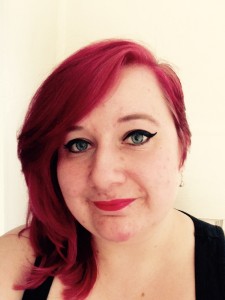 Lorna George lives in a crooked little house in Norfolk with her husband, a lot of books, and a fifty year old begonia named Frank. She spends an inordinate amount of time dreaming up magic, dragons, and fearsome ladies, and has decided to try and make some sort of career from it by writing them down. She hopes this will give her a reasonable excuse when caught staring wistfully out of windows when she should be paying attention to the not-so-mystical “Real World”.

Since she has become increasingly vulgar with age, she writes predominately New Adult stories, and despite what a lot of people seem to think, she seriously doubts she will ever grow out of fantasy.

She doesn’t particularly want to.