Published by JenPonceAuthor on November 7, 2017

Author KM Herkes is back for round two, talking about one of her kickass female characters. If you missed Part One, check it out here. 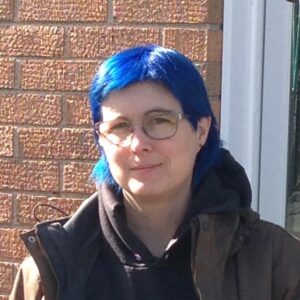 Let me tell you about Grace.

Grace is the protagonist in Heartwood, my current work in progress. I want to share a bit of her biography. Fair warning, it might count as spoiler material, although I don’t consider it so. It’s about the backstory, not the story-story.

Grace lives in an alternate world where everyone born since the mid-20th century has a 10% risk of developing freakish powers or going through bizarre physical changes sometime around mid-life. Life in this world is both similar to and very different from life in our reality. It isn’t a “superheroes” world. Being saddled with superpowers is scary.

Grace’s grandfather was a charismatic religious leader who grew rich off the fears of others. The apocalyptic sect she was raised in believes all people who develop superpowers are demons and deserve death. Her grandfather and his successors promise followers they will never become monsters if they gave up their old lives, hand their worldly fortunes to him and come to live in a rustic community.

Grace is the only child of the founder’s son, a man who carries on his father’s teachings and profits well from them. The population of the church enclave is maintained mostly by a steady influx of new believers. Those who have the misfortune to develop a mid-life power are offered the choice of redeeming their souls through suicide (with or without ‘assistance;’) or forfeiting all their goods to the church and surrendering to the secular authorities. Those who choose the second option are not only declared dead to the community, they are labeled deadly threats.

Grace was raised in social isolation, indoctrinated through abuse, and only educated so her father could better exploit her talents. She lived, loved, and raised two children in that environment without ever questioning it—until she lost her beloved husband in a way that made her doubt everything she’d ever believed.

Complicated, yeah? But wait, there’s more. See, Grace lost her husband because she refused to kill him after he developed a superpower and left the church instead of accepting his “proper fate” at someone else’s hands.

And then the church allowed him back.

Top off that twist with the husband’s power being one sure to trigger Grace’s deepest fears: he has the ability to directly induce emotions & reactions in others. He’s a persuader. The possibility that he might persuade her to give up her religious beliefs  scares her so badly she takes their children and her inheritance money and goes on the run.

And all that happens before Grace steps into the story I’m telling through Heartwood.

When Heartwood begins, Grace is building a new life in hiding, trapped between old beliefs and new doubts. She carries the same potential for power as her husband did, and she will soon face the same choice. She is going through the motions of faith while pushing her daughters away from it and slowly succumbing to her many conflicting fears.

Like a lot of my characters, Grace leaped into a developing plot without the least bit of conscious input from me. From the first sentence she showed up in, she was a fully-formed being, one with a conflicted personality, a complicated history, and a slew of emotionally-tangled personal relationships sure to result in drama.

I wish I had an artist’s rendition of her, but I don’t. When I first saw her in my head, she looked a lot like this image: 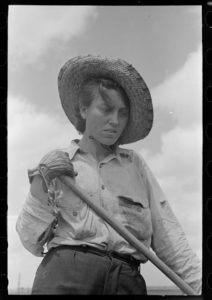 She’s a huge challenge to write. She’s a woman whose faith in direct answers from the Divine is unshakeable. I’m more of a Prime Mover kind of believer. All the same, she has an unsinkable spirit I deeply admire, and her brutal honesty with herself is wonderful bedrock from which to sculpt her story.

One of the big tricks in writing Heartwood is figuring out how to reveal enough nuggets of Grace’s backstory to make her actions sympathetic without bogging down the plot. I think I’m succeeding. Time and readers will tell.

The tale is much bigger than the one I originally intended to write. That’s Grace’s fault. She has a lot to say, and her arc has pulled together characters, themes and sub-plots from every previous story in the Rough Passages collection.

Good times. Eventually the whole Rough Passages collection will be gathered as a print book. Someday. Until then, if you want to sample any of the stories that tie into Heartwood, let me offer you some options.

Links to all my superpowers tales in multiple formats, because everyone likes variety:

Go straight to Amazon to see all my books: http://author.to/kmherkes