“Kicking Ass and Getting Laid”

Published by JenPonceAuthor on February 9, 2015 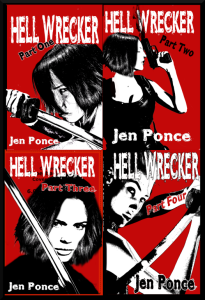 Heh! I love that line from a great review I got for Part One of Hell Wrecker. And that line is my jumping off point for this post, which is about getting laid … sort of.

The idea for Hell Wrecker came from a dream and tries to illustrate some of my thoughts about sex. For one, why is it we demonize women who like to have sex? Why do we call women sluts, whores, or “the town bicycle” (a particularly disgusting phrase from a horrid little Facebook page I just saw) while at the same time, call men studs, Cassanovas, and Don Juans–all for doing the same thing: having sex with more than one person? Why is it bad for women to have multiple sex partners, but okay for men?

My character,  Taye Pocrejac, is pansexual. She is attracted to a wide range of people and she isn’t afraid to explore her sexuality with them. From her roommate Ahlena, to Finn, to the king of Hell himself, Lucifer, and to high-heel-wearing Gavin. And that’s just in the first book. She enjoys sex and feels okay expressing that side of herself. I wanted a character who liked to have sex, lots of sex, and who was also the hero of the story. Because, so often, women in stories who are having lots of sex are the bad guys. Not always, but often.

I like Taye. I think she’s fantastic. I have a feeling, though, that there will be haters. Heck, there already have been. One dude, after reading an excerpt, said, “She’s not very feminine, is she?” ARGH!

What does femininity mean, anyway? What does slut mean? What does whore mean? What are we trying to accomplish with these labels? Labels help categorize people, sure, but they also help put people “in their place.” Calling people names, putting our labels on someone else–especially when it’s meant to be derogatory–is yet another way we try to gain power over that person.

Here’s another thing: clothing doesn’t define a person. Clothing doesn’t cause or prevent sexual harm, though there are people who think it does. A woman should be able to wear tight pants without being labeled a whore. A man should be able to wear a dress without people automatically thinking he’s gay. How does the fit of our clothing relate to our sexual activity? Taye favors leather pants and steel-toed boots, the better to kick demon ass with, while Ga 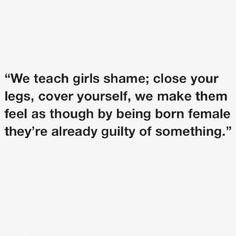 vin wears high-heels and looks fabulous doing it. Taye is pansexual, Gavin is straight. The assumptions we make about people based on their clothing come from our personal experiences and beliefs. Those personal experiences have nothing to do with the person wearing the clothes and everything to do with us. If we look at a woman with short hair and call her a dyke, then we have a problem. We have a problem with sexuality, with thinking outside of norms, with believing that our way is the only way. We have no way of knowing why that woman wears her hair the way she does and, more importantly, we have no right to know. Trying to shame people by calling them names is reprehensible. What are we afraid of when we do this? What scares us so badly about that person that we resort to being assholes?

Hell Wrecker also explores sexuality and our assumptions about people who have lots of sex. Often, th 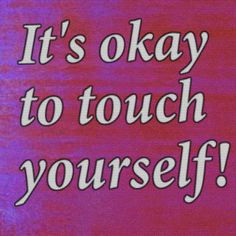 e bad guys in stories are those who have lots of sex. Not always but yeah, and it’s often ‘deviant’ sex, too, as if anything outside of our comfort zones is deviant. In the romance books I read in the 80’s, the evil other woman masturbated, had sex with more than one man, and/or had kinky sex, unlike the virgin heroine, who’d never even SEEN a penis, let alone knew what one was used for. Evil=anyone who deviated from the social norm, which, in this case, was heterosexual white people: one virgin woman and one rakish man. (Rakish: having had lots of sex until lurve changed his ways) Taye has a lot of sex. Does that make her bad? But isn’t she stomping demon ass? So that means she’s good? But she had sex with a woman, so then she’s bad. But she has sex with a man so she’s good? ARGH!

What constitutes a hero? What constitutes a bad guy? Why do we so often mix sex into that? Sex is a good thing. It’s a beautiful thing. It can be a fun thing and a healing thing, a needed thing, and a comforting thing. It’s important. And here’s the thing. Bad guys can have sex. Good guys can have sex. Having sex–or not having sex–has nothing to do with who you are as a person.

Let me say that again. Having sex–or not having sex–has nothing to do with who you are as a person. 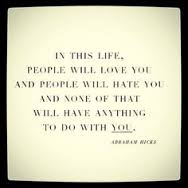 Taye is the hero of the stories. She saves the day, she’s the good guy. She also has sex with multiple people throughout the tale. My thesis, if you will, is that people who have lots of sex aren’t broken. They aren’t bad. They’re just trying to grab a bit of life in a way that’s enjoyable to them. You might like to paint. He may like to sing. Some people fuck and that’s okay.

Sex is a part of life. Having sex–or not–has nothing to do with who you are as a person. And don’t let anyone tell  you differently. Because Taye will kick their asses all the way back to Judgy McJudgertown.

(Part Two of Hell Wrecker will be coming out soon … I hope.)