Published by JenPonceAuthor on October 26, 2017 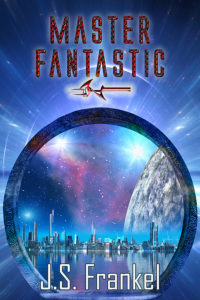 Sounds sort of odd coming from a guy, right? No, not really. For a long time, many male writers–of which I am one–have made their female characters either clinging vines or have stooped to stereotypes.

I don’t, or at least, I try not to. When I write a female character, either as the main character (as in the Lindsay/Jo trilogy) or as the main character’s girlfriend/wife (as in the Catnip series or Star Maps or Mr. Taxi), I make her as strong as possible. In fact, at the outset, I make her stronger, not so much physically, but in terms of character and attitude. Two of my soon-to-be-released novels, The Titans of Ardana 3: Interstellar, and Master Fantastic, have strong heroines. In the former, we have Dana–no last name given–from an alien from a world called Ardana. She’s super strong, can fly, learns languages almost instantaneously, and is also a chocoholic. She takes crap from no one, not even the assassins sent to kill her.

At the outset of the novel, she’s far stronger than Martin, the main protagonist, but comes to respect him due to his ability to think fast and improvise. In turn, he wishes he was more like her–and gets his wish (although I’m not saying how). Dana is a match for any of the baddies I send their way, but she is intelligent enough to back off when necessary and ask for advice.
In Master Fantastic, the main female lead is named Myrna. Unlike Dana, she has no superpowers, at least in the first novel. She is deaf, having been born without eardrums. She is defensive at first, ill-tempered and rude, yet fiercely independent, forthright, and, like Dana, takes crap from no one! She proves her mettle in the novel’s conflicts, and is a match for Paul Coleman, her boyfriend, who is the novel’s lead.

Whatever I do, I make my heroines intelligent, open-minded or have them become more open-minded if the situation demands it. I have them written as being someone who’s honest, funny, yet ready to fight if necessary. (I write action, primarily, and don’t want to have my heroines sitting on the sidelines unless they’re injured).

One person who reviewed my Catnip novels said it was refreshing to have a female character depicted as being strong and a role model. Well…yeah, why not? Anastasia is a transgenic cat-girl, but she’s still all woman and fiercely protective of her boyfriend and of her future child (Catnip 4, Separation). Another reader commented on how cool Dana was in The Titans of Ardana (Book One) and that he–HE–liked her far more than the lead. 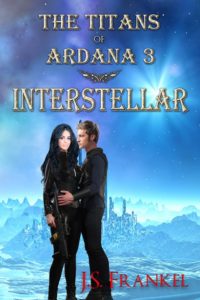 Truthfully, I like strong female characters. Guess it comes from watching all those JLU cartoons where the women are fearless, strong, brave and badass to the bone. (Yes, I’m a geek, I admit it!). No wimpy characters for me, even the peripheral ones. For me, there’s a fine line between being tough and going overboard. You’ll get accusations that the character isn’t realistic, too butch (I have no idea why, but that’s what someone once said to me about one of my female leads) too opinionated, too independent, or too…something.

To that, I say “crap.” Where is it written (no pun intended) that the female lead has to be overly feminine? And what does that mean, anyway? Does she have to wear makeup or dress nicely all the time or cling to her boyfriend/girlfriend? No, no, and no. She has to be her own person and not a cartoon cutout.

FWIW, make the female characters in your novels something to aspire to. You’ll be glad you did.