Published by JenPonceAuthor on October 23, 2017

Oh, sure, right now your backlog of good reading is sky high and you just couldn’t fit in another great book…but, someday, you’ll realize that pile became totally manageable, even a bit thin and you’ll be thinking, “What if I had something a little different? What if I had a set of books all focused not on gadgets and gizmos, tricks and deux ex machina cleverness, but capable people (not necessarily human) resolving things through smarts, tools, and force of will? 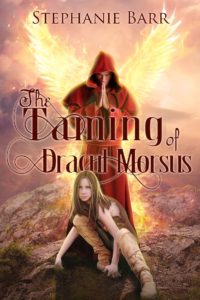 If that happens in spring of 2018, you’ll be in luck because On the Horizon, a bundle of twenty great books by twenty great authors, will be available at an amazingly small price.

“You say amazing but how can I know?” you might be asking. I know because I’ll be one of them with my own book, The Taming of Dracul Morsus.

Dracul Morsus, great mage, raised and taught by a dragon, keeper of familiars like a phoenix, a panther, a raven. Over years, over the decades that followed, his name was known far and wide, spoken with awe and loathing. Every hardship that enveloped the land was laid at his door. When a famine struck several lands and persisted five long years, they cursed his name. When a storm came at last that flooded the land, laid waste to cities and towns and killed hundreds, he was blamed as well, this time justly. None offered thanks that the slow painful deaths of thousands by starvation were replaced with a fraction of quick deaths. None sang his praises when the flood brought fresh soil to the tired fields so that they could once more produced crops. He was Dracul Morsus the Terrible, the fiend.

They attacked and failed against his mountain, and, after he realized that no one in the world of men mattered to him anymore, he stopped allowing anyone to come to his mountain.

Xana came anyway. Xana changed everything not because of her power or knowledge.

Because of who she insisted she’d be.

Do you have what it takes to conquer Mount Morsus? I hope next spring you’ll try to find out.

Comments are closed, but trackbacks and pingbacks are open.