Published by JenPonceAuthor on October 21, 2015

Morley Rivers lived a quiet life until she brought home a portrait of a hottie from the 19th century. Alexander Brynes had been cursed when his plea to a gypsy went horribly wrong. He was tethered to his portrait, unable to communicate with the people around him, until Morley came along. Alexander is positive Morley is the key to break his curse. He wasn’t expecting her to break into his heart. As the curse starts to crack Alexander sheds his invisible state while making his true feelings known. If they succeed in breaking the spell, Alexander will be sent back to his time on Halloween allowing him to repair the damage his disappearance caused, but at the same time leaving a broken heart in his wake. 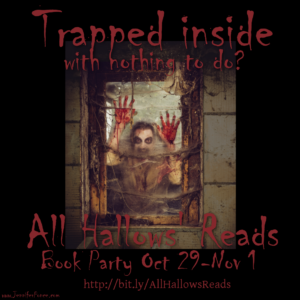